How to Block VPN on Router

A VPN, or Virtual Private Network, is a way for individuals and companies to protect your personal data and identities online. By routing your internet traffic through a VPN server, your data is encrypted and secure from potential cyber threats. However, sometimes you may need to block VPN traffic on your router. In this blog post, we’ll show you how to do just that. 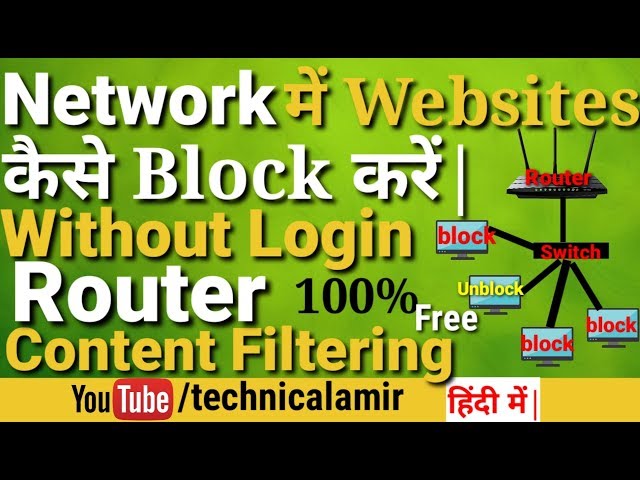 VPNs, or Virtual Private Networks, allow users to securely connect to a private network over the internet. They can be used to access region-restricted websites, shield your browsing activity from prying eyes on public Wi-Fi, and more.

Unfortunately, VPNs can also be used to bypass restrictions placed on certain websites. If you’re a parent or guardian trying to keep your children from accessing adult content, for example, you may want to block VPN traffic on your home router.

Blocking VPN traffic on a router is usually as simple as creating a rule that denies traffic from specific IP addresses or ports that are known to be used by VPNs. However, some VPN providers make it difficult to determine the IP addresses and ports that they use. In these cases, you may need to use a site-blocking extension or service in conjunction with your router’s blocking features.

What is a VPN?

A VPN, or Virtual Private Network, is a private network that encrypts and tunnels Internet traffic through an intermediary server. A VPN is created by establishing a virtual point-to-point connection through the use of dedicated connections, virtual tunneling protocols, or traffic encryption.

A VPN client software installed on a user’s computer or mobile device connects to a VPN gateway on the user’s behalf. TheVPN gateway then forwards traffic between the user’s device and the internet. This enables users to securely access the internet while circumventing restrictions set by their ISP or government.

A VPN can be used for many purposes, but most commonly it is used to protect users’ privacy and online activity from being monitored by ISPs or government agencies. Additionally, VPNs can also be used to bypass geo-restrictions and censorship imposed by repressive regimes.

How to block VPN on your router?

One of the most common ways people use VPNs is to access blocked content. router. If you’re trying to block someone from using a VPN on your network, there are a few steps you can take. In this article, we’ll show you how to block VPN on your router.

By using the router’s interface

By using the router’s command line

Once you’re logged in, look for the “Blocking” or ” filtering” option. Here, you’ll be able to add the IP addresses or domain names of the VPN servers you want to block.

If you’re not sure which IP addresses or domain names to use, consult your VPN provider’s documentation.

Now that you know how to block a VPN on your router, you can keep unwanted users off your network and maintain your privacy. Just remember to take care when configuring your router, as a mistake could result in losing access to your network entirely. And if you’re looking for a reliable VPN service to help keep your data safe, check out our top picks.