Which Process is Used to Protect Transmitted Data in a VPN?

When you connect to a VPN, which process is used to protect transmitted data?
This is a common question with a simple answer. The process is encryption. 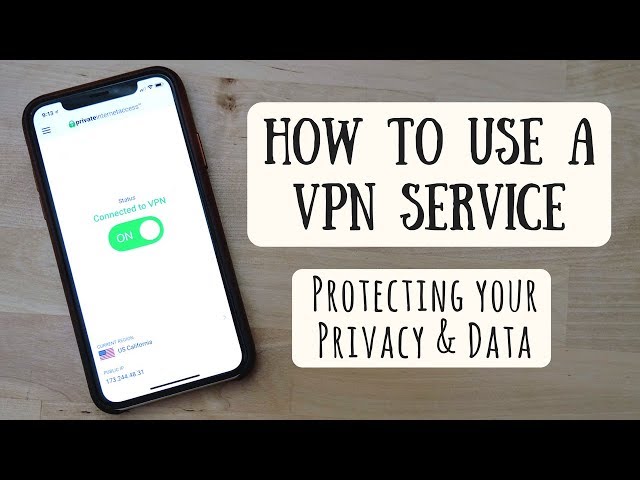 Most VPN providers use one of two encryption methods to protect transmitted data: SSL/TLS or IPsec. While both offer similar protection, they work in very different ways. Here’s a brief overview of each method:

SSL/TLS is a protocol that uses public-key cryptography to authenticate and encrypt data sent over the internet. It is the same protocol that is used to secure web traffic and is often used in conjunction with IPsec.

IPsec is a network-level protocol that encrypts and authenticates data packets at the IP layer. It is often used in conjunction with another protocol, such as SSL/TLS, to provide a complete solution for securing internet traffic.

All data that is transmitted between a VPN client and server is encrypted. This means that any third party who intercepts the data will not be able to read it. There are two main types of encryption that are used in VPNs: symmetric and asymmetric.

Symmetric encryption is where the same key is used to encrypt and decrypt the data. This means that both the sender and receiver of the data need to have the same key. Asymmetric encryption is where two different keys are used to encrypt and decrypt the data. One key is public, which means anyone can access it, and one key is private, which means only the owner of the key can access it.

-AES (Advanced Encryption Standard): AES is a symmetric-key encryption algorithm that is used to protect data in transit. AES is one of the most secure data encryption standards available, and is used by a variety of organizations, including the U.S. government.

-DES (Data Encryption Standard): DES is a symmetric-key encryption algorithm that was once the standard for data encryption. DES has been replaced by AES in most applications, as it is not as secure as AES.

-3DES (Triple Data Encryption Standard): 3DES is an enhanced version of DES that offers improved security. 3DES is used in some applications where AES is not available or not practical.

-RSA (Rivest-Shamir-Adleman): RSA is an asymmetric-key encryption algorithm that is used to protect data in transit. RSA is one of the most popular data encryption standards available, and is used by a variety of organizations, including banks and other financial institutions.

There are a few different ways that data authentication can be performed in a VPN. The most common method is through the use of digital certificates. With this method, each user is given a unique digital certificate that they must use to authenticate themselves to the VPN server. This ensures that only authorized users are able to access the VPN network.

Another popular method of data authentication is through the use of passwords. With this method, each user is assigned a unique password that they must use to authenticate themselves to the VPN server. This ensures that only authorized users are able to access the VPN network.

Finally, some VPNs may also utilize biometric data for authentication purposes. This can include fingerprint or iris scanning, among other things. This ensures that only authorized users are able to access the VPN network.

There are two main data authentication standards used in VPNs: the Message Digest 5 (MD5) and the Secure Hash Algorithm (SHA).

While there are many different types of VPNs, most operate using one of two key methods – tunnels and encryption. Transmission Control Protocol (TCP) creates a tunnel between two devices by wrapping the data in a layer of security before it is sent, while Internet Protocol Security (IPSec) uses encryption to protect data in transit.